Behind the Brand – Fairfax & Favor: From Bouncy Castles to Boots

Fairfax & Favor behind the name

Marcus Fairfax Fountaine and Felix Favor Parker have known each other since birth, providing the strong foundations for a joint business venture. At the young age of 15, both had similar ambitions…they wanted to have their own business and run it together. It was just a question of what and how? After muddling about with their names, they decided that their middle names provided the best combination for their venture and with a swift jump from bouncy castles (their initial idea) to footwear, in 2013 the brand we know today as Fairfax & Favor was born.

How it all began – Loafers, shows and a wow-factor HQ.

It wasn’t an easy start, with little to no knowledge of footwear, Marcus and Felix flew out to Spain to visit a shoe manufacturer. After a whirlwind trip they returned with an order for some loafer shoes, and their bank balance significantly lighter, all whilst juggling numerous jobs to fund their project. When the shoes finally arrived in the UK, they were suddenly struck with the dilemma of…how do we get people to buy them? After some initial interest, Fairfax & Favor attended their first show which would pave the way for their future, whilst little profit was made, they realised this was something that worked, and got Fairfax & Favor as a brand in front of the right and ready audience. Soon after this, with the business looking to expand they decided to move their shoe store out of their mum’s attic and invested in a more convenient and accessible “warehouse”. The stable block had more space and no stairs to deal with, and so it provided the perfect location for the Fairfax & Favor HQ, where they still work out of today, in Narford Hall, Norfolk. The stable block came with the bonus of a downstairs toilet, which was soon converted into the first office at Fairfax & Favor HQ. 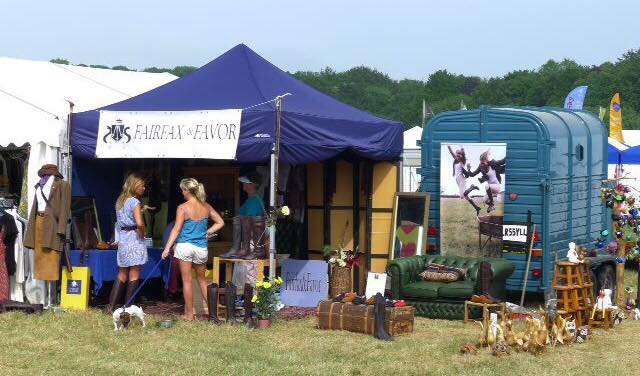 Humbling beginnings at the Game Fair.

A bump in the road

Just as the business seemed to be hitting its stride, they were hit with the difficult blow of a very scary solicitors letting, claiming they had copied the shoe design they were selling. The design they were selling had been picked straight off the shelf when they visited the factory in Spain, and they were infringing on the copyright of a well-known Italian luxury label. They were served with a hefty fine and demands, that for most would have been the end of a business like this in its infancy. After paying an agreed reduced fine and returning all of their stock, it was time to go back to the drawing board, where most would have been defeated, they were determined to get it right…

Sometimes things are sent to try us, and as they reassessed the direction of their business within the footwear industry, they took the gutsy decision not to go back to loafers. Both Marcus and Felix saw an opportunity to give the Spanish riding a new lease of life and thus the iconic Regina Boot was born. A game-changing point in the story, where suddenly they found themselves appealing to a wide audience, from all corners of the country, that had been searching for a graceful and elegant country boot. The Regina Boot is the epitome of graceful country wear, it is manufactured in Portugal by expert bootmakers, where today, Fairfax & Favor have their very own warehouse. Regina meaning “Queen” in Latin is the head of the Fairfax & Favor family and where most tend to start their love affair with the brand.

Now with 30 full-time employees the brand has grown from strength to strength. They continue working the show circuits and have a team of staff based at their HQ in Narford Hall. Their HQ is perfect. The converted Grade II listed stable block oozes country charm and is uniquely outfitted to house the Fairfax & Favor showroom, offices, and stock. With brick, concrete floors, and intricate wooden stalls it truly is a destination HQ! 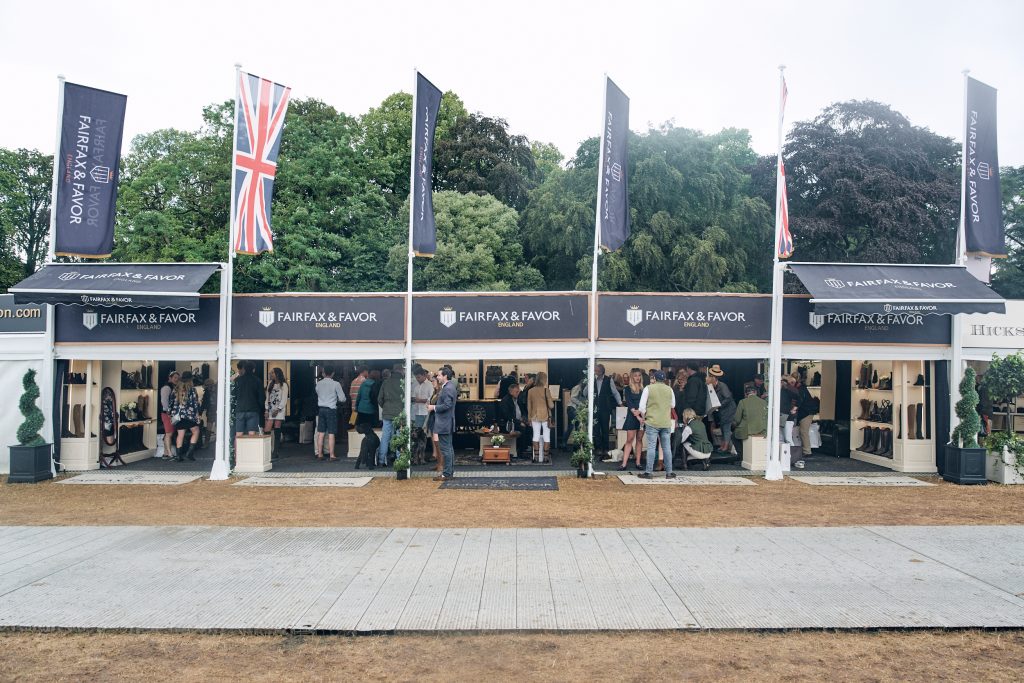 Believe it or not, A·Hume was the very first stockist of Fairfax & Favor. The team here had a strong belief right from the start in the brand, the products and the vision Marcus and Felix had for their business. In the beginnings we worked very closely with the brand and are delighted to see what they have achieved today, the brand has grown from strength to strength with a loyal band of raving fans and their footwear and accessories donning the most famous of faces, they have architected a brand that is a true identity of modern-day country clothing.

Fairfax & Favor really inspire us with their commitment to raising funds for charities. They have raised lots of money for Breast Cancer Awareness with their pink products, supported Help for Heroes with their unique Red Flower Tassels and recently, Marcus and Felix cycled from Bedingfeld to Bordeaux, a 700-mile challenge in support of Cancer Research, along with their limited-edition Cancer Research Tassels. The work they do for charities is inspirational, but it is really down to the support of their (and our) customers who support the charities through Fairfax & Favor too.

Excited for the future

It will be exciting to see what the future holds for Fairfax & Favor. With hundreds of product lines, (some that are so popular they sell out the very day they are launched), stockists all over the country and loyal followers who have their own facebook pages dedicated to talking about all things Fairfax & Favor, there appears to be no stopping this sensational brand.