By order of the Flat Cap

Fashion is always re-appropriating elements of its itself: moulding contextual pieces of clothing which in the past were pigeonholed into one place and purpose; and rebranding them into something far more fluid and accessible to the masses. Take for example the Barbour wax jacket or the Burberry trench coat. However, the flat cap is rather an anomaly in the fashion world. Having never really gone ‘out of style’, the hat has seen resurgences in popularity over the decades due to its strong representation in popular culture, as well as its adoption by all ages and realms of status. Born in the industrial era, it is as natural to see herds of city goers in their flat caps as it is the quint-essential country man’s hat. The humble flat cap, having little to nothing change about its appearance since the 19th century, somehow defies the laws of passing fashion trends and thus remains a firm favourite as an everyday hat for the everyday man.

The History of the Flat Cap

In a post-Brexit landscape, the desire for homegrown UK manufacturing is stronger now than ever. It is interesting then that the origin of the flat cap would be embedded in the need to bolster the UK economy by its own government. In particular, the wool trade which was the foundation of the English economy in the mid 1500’s and was under threat due to competition in exports from Southern and Western Europe.

Imposed on the working class in 1571, the UK government made it law under the Statute of Apparel that all males above the age of 6 must wear an English made woollen hat on Sundays and public Holidays or risk a beating and a fine. This law remained upheld for almost 30 years before it was repealed, by which point the style of the flat cap had become widely accepted as the working man’s attire; particularly in the industrial areas of Western and Northern England as well as across Ireland. 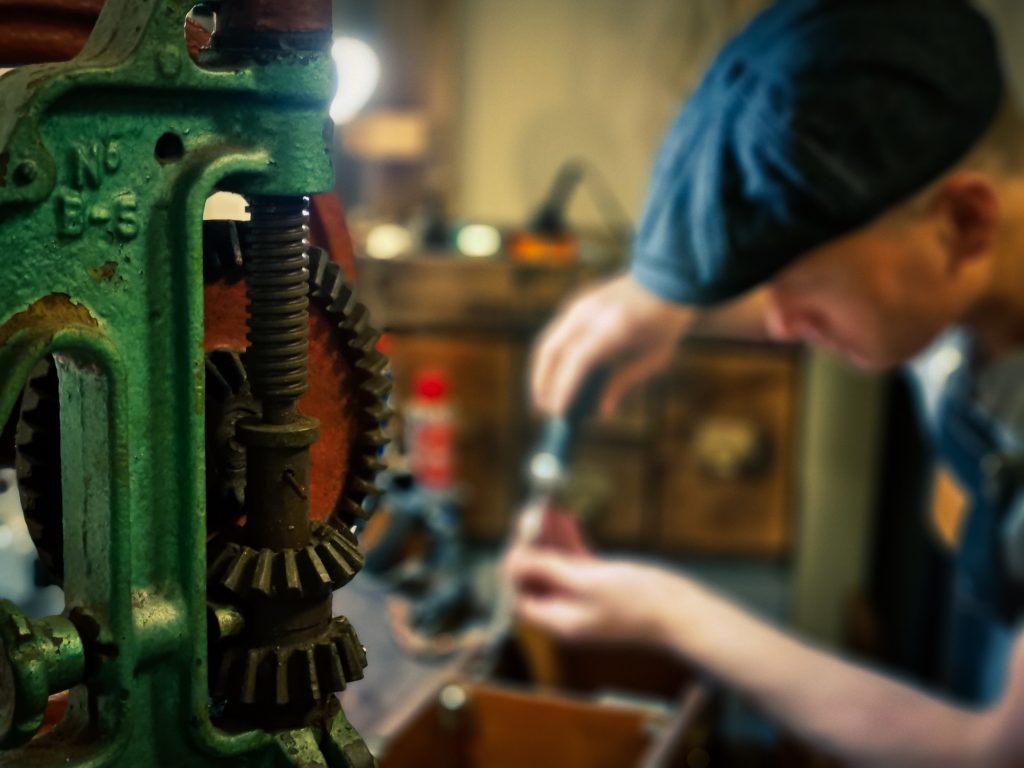 What can a flat cap be called?

With mass emigration in the early 19th century, the flat cap gained popularity in the United States and beyond where it became the epitome of the common man uniform and donned a myriad of names: the driving cap, duffer cap, golf cap, scally cap, cabbie cap, paddy cap (after the Irish community) and the newsboy. The newsboy, named due to its popularity among young boys, is actually a puffier version of the flat cap we know today, made up of 8 triangular panels and finished with a cloth button in the middle. In Scotland, a flat cap is often called a bonnet, particularly when made from tweed, a tweed bonnet.

By the 1920’s, the flat cap had breached the borders of the working class and was adopted by wealthy Americans and upper class Brits who preferred them in expensive tweeds and used them for leisurely pursuits such as golfing and motor cars as well as on their country estates for shooting and stalking. Even Edward VIII commissioned versions of the cap to be made in his own tweed. However, as much as the flat cap held its own in royal spaces, the style would always remain synonymous with its grass roots as the common man’s hat. A style that would forever denote the grit and graft of the streets that they were originally imposed on; so much so that it was the apparel of choice for many notable gangs in 1930’s Britain including Charles Sabini’s London underworld and most famously, the Peaky Blinders.

The Flat Cap in Pop Culture

Although it may certainly seem that the BBC’s Peaky Blinders, a dramatized retelling of Birmingham’s famous gang who perhaps mythically sewed razor blades within the brim, has brought about a distinctive new love of the flat cap.

The reality is that the flat cap has been ever prevalent in modern pop culture, appearing all over the silver screen most often to help solidify the character’s social status, such as Dick van Dyke’s all singing and dancing Bert in Mary Poppins to Vito Corleone’s humble beginnings in the Godfather Part II. From the screen to magazine covers, celebrity fans of the hat such as David Beckham, Leonardo Dicaprio, Brad Pitt and most recently Harry Styles have helped to modernise the flat cap image. 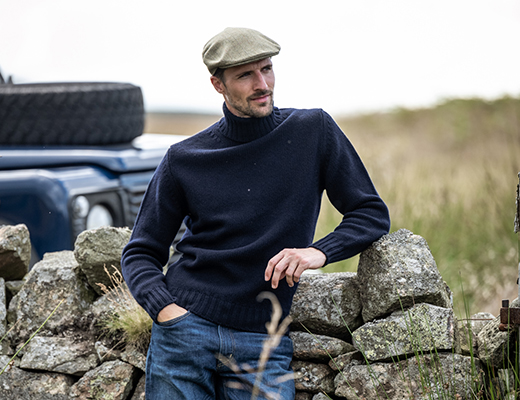 How to Style your Flat Cap

The first step to finding your perfect flat cap is to decide on your desired style.

Are you a Peaky Blinder?

The aforementioned Newsboy hat is a slightly more voluminous version to its sleek and streamlined cousin. With a more prominent brim and the body slightly slumped forward, the Newsboy has become instantly recognisable as the Peaky Blinder’ flat cap. Fans of the show’s aesthetic may opt for the Newsboy cap to elevate the charm of a three-piece suit at an event or wedding, choosing a classic herringbone tweed covering and matching tweed waistcoat. For a Shelby-esque ensemble in the day to day, pair the herringbone newsboy with a long woollen coat and lambswool scarf draped flat around the neck. For such a simple hat, the newsboy is certainly the cap to make a trademark statement.

For country pursuits, the understated and modest flat cap is a most practical choice. In fact, it is the perfect pick of headwear when out on a full day’s shoot or while playing all 18 holes on a chilly day. The flat cap, while sitting neatly on the head, is enough to keep it warm and the visor helps shield the eyes. It is lightweight and flexible, so it can be easily folded and carried in a coat pocket when not worn. Flat caps can be made in any tweed or tartan, so it is the perfect hat to mix and match with a shooting jacket. In fact, the more contrasting the better when it comes to pairing a cap and tweed jacket, and so the possibilities are endless. A fair isle sweater is the perfect under layer to this pairing, effortlessly summoning an ensemble from bygone times.

While wool is still predominantly the fabric of choice, the flat cap can also be seen in lighter fabrics such as cotton and linen for warmer seasons. Paired with a light ply quarter zip sweater and a pair of chino trousers, the flat cap will have you channelling your inner Great Gatsby with the top down. 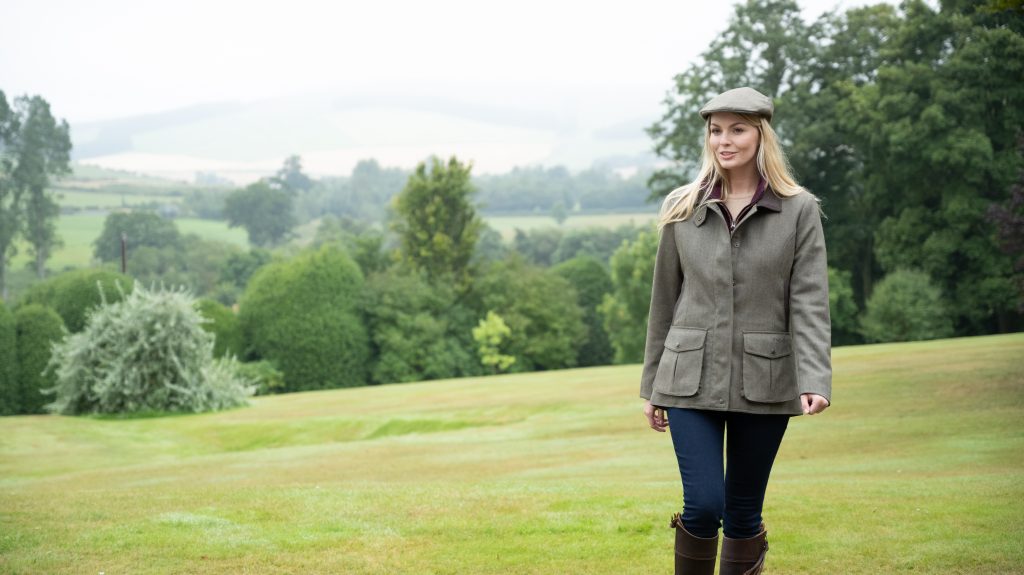 Once settled on the style, it is important to find the right fit. The inside band and brim create the structure of this hat style, so the fit is crucial to finding the perfect flat cap. It’s worth noting that sizing can vary from hatmaker to brand. The band should fit comfortably around your forehead and the back of the cap should reach down to the nape of your neck. Make sure to choose high quality natural fibres, especially when opting for a classic woollen cap, for the best quality warmth and breathability.

Measuring for your flat cap

To measure your head: place a measuring tape around these areas, including an 1/8 of an inch above your ear and make a note of the inches. This will help you decipher the inner band circumference you will need for your flat cap.

Returning to the renewed sense of duty to buy British that once inspired the very creation of the flat cap; it is perhaps the perfect piece of clothing to ‘shop local’ for in our post Brexit country. Our woollen spinners and tweed mills remain world leading and since many cap makers will offer bespoke services, the flat cap is the perfect item to be made in your family tartan or the houndstooth tweed your grandfather once wore.

The beauty of the flat cap is that it can be worn by any age in any social setting due to its ease of styling, unpretentiousness and universal appeal. Whether worn as part of a vintage-inspired suit, as a modest countryman’s hat or even to top off a casual white t shirt and jean; the flat cap is the epitome of the ‘every man’ hat. Despite its sporadic surges of popularity due to mainstream media such as in the case of Peaky Blinders, it’s remained a quiet and consistent piece of British apparel that you can confidently wear knowing it will never fade from style.