Spy spoof “Kingsman: The Secret Service” attracted a lot of controversy but at A Hume the most contentious issue was a question of shoes.

What’s the difference between Oxfords and Brogues

Those who’ve seen the film will perhaps know where we’re heading. But for those who haven’t our interest centres around the declaration that – ‘Oxfords, not brogues’ – is the creed of a Kingsman.

The inference being that a Kingsman should only wear Oxfords. And, just so we’re clear, a Kingsman is an exceptionally well-dressed spy, headquartered at Saville Row. The problem is, this pithy exchange is potentially confusing.

In fact, there’s evidence out there in the blogosphere that the Kingsman Oxford v Brogue polemic has unleashed a maelstrom of misunderstanding. It has exposed the poor Brogue to blind prejudice as perfectly good shoes are cast into the dark recesses of wardrobes in favour of smooth shiny Oxfords.

The world is not quite at the mercy of a super-villain but still, we feel compelled to step in and restore calm. So…

Why Oxfords, not Brogues?

Well, we reckon Colin Firth is in a froth over the old school rule – long ago broken by many of the world’s most stylish men – that Brogues are country shoes unfit for stylish city gents.

The plain Oxford, on the other hand, is a shoe formed in smooth leather that owes its smart, formal appearance to its closed lace design. The closed lace design is the defining feature of an Oxford. It was traditionally worn in town for business and formal wear.

Main features of the Brogue 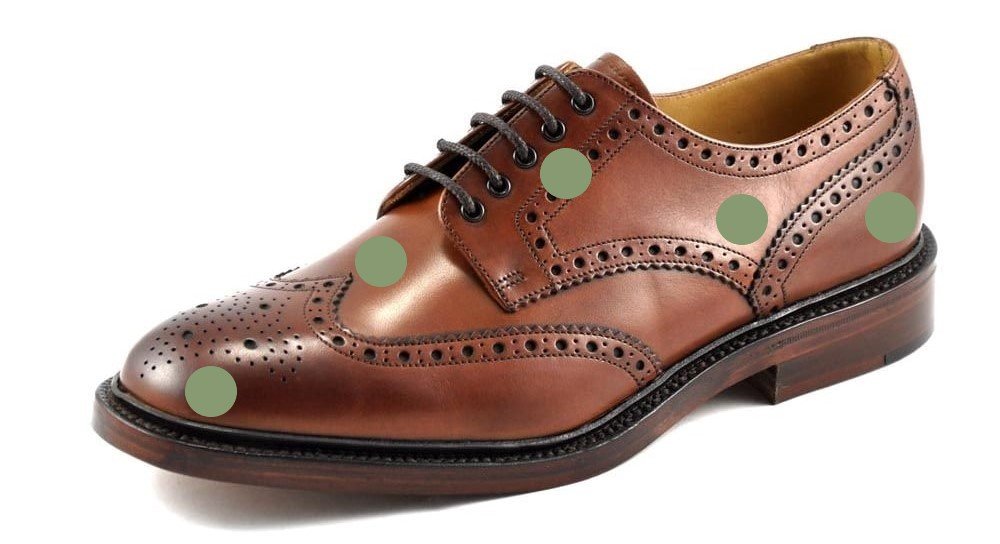 The Loake Chester is a perfect example of a Full Brogue. Shop now!

Main features of the plain Oxford 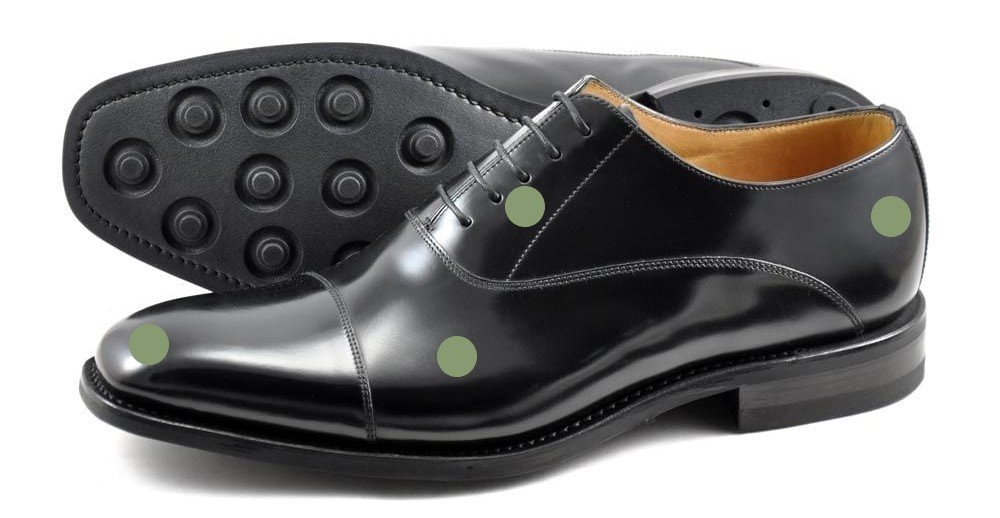 The Loake 260b is a standard Plain Oxford. Shop now!

Brogues aren’t a style of shoe. The term Brogue simply refers to the pattern of decorative perforations – the broguing. There are several types of Brogue pattern, though a full explanation is best saved for another blog post. The main point is that broguing can be applied to any style shoe – including the Oxford. What distinguishes an Oxford is the closed laces – all Oxfords must have closed laces, even if they feature broguing.

Main features of the Oxford Brogue 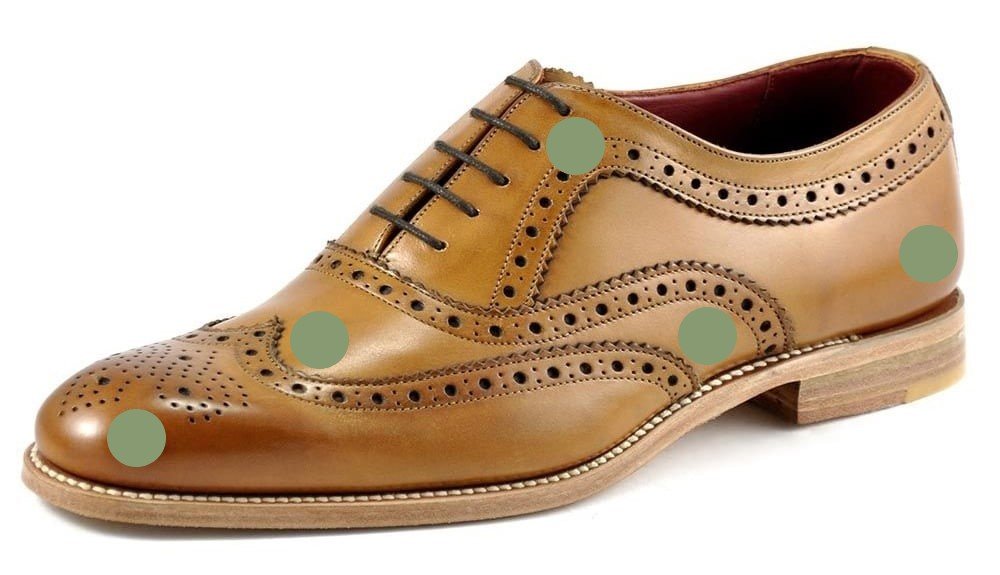 It might be a full Oxford Brogue, a half, or quarter Oxford Brogue. It’s still an Oxford. And the Kingsman statement appears to say that any Brogue detail on an Oxford is not at all acceptable to wear with a suit. Which really is a bit hardcore and antiquated.

Where’s the fun in following the rules? 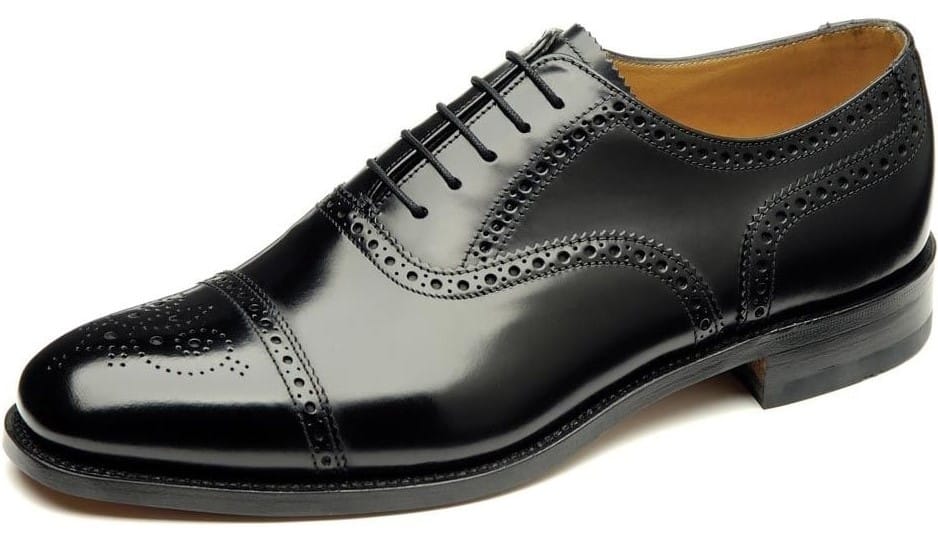 Loake shoes like the 201 are a Half Oxford Brogue. Perfectly suited to formal wear. It has a decorative toe cap, broguing on the seams and a heal cap. Shop the Loake 201 Shoes now!

Even the most diehard footwear fascists accept that a Quarter Brogue Oxford is an acceptable dress shoe. And some of the men we admire the most. Whose style we love. Such as our Tweed Icon, Nick Wooster, enjoy nothing more than playing with the rules that banish brogues from a stylish adventure in Town. Complete the look with a leather bag from a brand like Val Blanco  and a scarf from a brand like Johnston’s of Elgin or Royal Speyside.

So for goodness, fashion and fun’s sake take the whole ‘Oxfords, not brogues’ thing with a large pinch of salt. Remember it’s just a movie. A spoof with its tongue in its cheek.

Know the difference between Oxfords and Brogues. What the terms mean. And what the rules might have been. But follow your own rules. Create your own style. And if you want our advice follow the creed:

If you enjoyed this post and know of anyone who appreciates the pitter patter of stylish feet, please ‘like’ and ‘share’ this post using the social buttons. Also, check out our range of men shoes here!

By Amble The A Hume Dog