Over the last 75 years, RM Williams have developed a worldwide reputation as a quality manufacturer of boots, clothing and accessories which stand the test of time, for both men and women. RM Williams are best known for their long-lasting comfortable yearling leather boots, as well as hard-wearing leather accessories such as belts, bags and wallets. We also have a fantastic range of practical moleskins, jeans, shirts and more. Perfect for both outdoor wear and everyday adventures, you can expect long-lasting quality when you buy from our RM Williams range.

R.M Williams, full name Reginald Murray Williams, is a beloved Australian pioneer and bushman who created and manufactured a range of bushwear products that have been recognised and well-received across the world.

Williams lived in the Australian bush from his early teenage years, working as a camel driver and living with aborigines, before selling his leather wares and saddles in order to treat his sick son.

The R.M. Williams brand is best known for high-quality, hand-crafted riding and outdoor boots with a characteristic style. In Williams' later years, before his death in 2003, the company expanded its range of products to include various lines of clothing, shirts and leather goods. 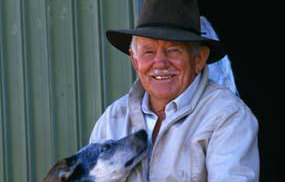 Originally designed for a life of constant abuse in the merciless Aussie outback they are exceptionally well-made. Hand crafted from a single piece of leather, there is just one invincible seam at the back of the boot. Owning RMW Craftsman boots doesn't mean you have to subject your footwear to such extremes.